“Breakthrough science and philosophy to ignite your passions . . . disruptive creativity to haunt your dreams”

(If you intended to land on my “HOME PAGE”, please click HERE)

I’m passionate about the disruptive creativity of lateral thinking … simple but powerful techniques of discovery I demonstrate and bring to life through my writing.

Sometimes, the only way to see something hidden in plain view is to look from an entirely “alien” perspective. The series isn’t just about aliens …

Graduating from the Anglican Grammar School (Churchie) in Brisbane, Michael moved on to study Economics at the University of Queensland. He is a strong and highly vocal proponent of Laissez-Faire economics as pioneered by Adam Smith, and later skillfully developed by Milton Friedman.

Michael’s work experience has been in the fields of Advertising, Media, Marketing, Auction, Sales, and Professional Skills Training. His (other) passions are techno music, sailing, public speaking, entrepreneurial enterprises, Gold Coast beaches, (snow) skiing and alien conspiracies, not necessarily in that order.

In 1993, Michael attended his first lateral thinking training with Edward de Bono. He was recognized from a crowd of around 2,000 to be “attuned” to the creative processes on display and was invited backstage to meet de Bono personally. The passion began and continues to this day, honing his skills to a fine art that is prominently displayed in his writing.

Continuing in the greater field of media opportunities, Michael established a reputation within the advertising, newspaper and online marketing industries of Australia as a “rule-breaker”. If there was a way of doing things that all experts agreed upon, you could be sure of one thing from Michael . . . he would be doing something completely different. It worked well, much to the angst of many advertising and media status quo stalwarts.

It is his desire to differentiate, to explore and forge new ways that has led Michael so confidently along the path of lateral thinking creativity. Michael left the very prestigious Fairfax Media Group in 1997 to embark on a more “differentiated” career path. He became Australian General Manager for the enormously fun restaurant venture, Planet Hollywood. Here he would meet those that lived by their passions powered by their imagination. It was a life-changing experience.

Michael has managed national auction companies; Australian manufacturing enterprises; online media planning and marketing companies, all with great success as he draws upon his lateral thinking expertise and confidence to always secure the businesses in his care away from the tyranny of competition; to find lucrative differentiated niche market opportunities.

An impassioned free-market economist, Michael strongly advocates for minimalist government. Attending the University of Queensland to study economics in the 1980s, typically, Michael found himself at “odds” with the prevailing wisdom of Keynesian economics that was preached as “Gospel” by the dinosaurs of inept. Laissez-Faire economics wasn’t only discredited at the University of Queensland, it wasn’t even available to study as an “optional” subject.

Eventually, almost predictably, Michael was banned from the main economics lectures each week that attracted around 700 students in the auditorium. The lecturers would complain about Michael CONSTANTLY  standing up, interrupting, interjecting, disputing and offering far more logical Laissez-faire derived ingenuity. (Some might describe these events differently – Ha!)

In 1987, with the assistance of the (much admired) Queensland Premier, Sir Joh Bjelke Petersen, and the Queensland National Party, Michael would help tempt Laissez-faire advocate Milton Friedman to the University of Queensland to speak in the main auditorium. There were huge and violent riots, and the multimillion-dollar auditorium was severely damaged, the strength of left-wing dominance in the university system was so great. Few at the University of Queensland didn’t know the Muxworthy name after that, (although many would try to forget).

The key to effective problem-solving in the business environment is to involve the players in the creative discovery process.

Interest in the alien question came about as Michael Muxworthy’s creative investigative skills were summoned to debunk some unexplained UFO sightings. There are a lot of whackos amongst those that report sightings, encounters, abductions, probes and (believe it or not) much worse. Without exception, their testimonies would crumple under the weight of extended creative probing . . . except on the rarest of occasions.

Michael’s unique author brand proposition “Disruptive creativity in the fields of science, philosophy, and science-fiction” is in step with past successes to differentiate well apart from any competitive or mainstream thought activity,

Michael Muxworthy is a passionate speaker on all subjects alien, politics, marketing, and creative and lateral thinking and will take the podium at every opportunity . . . unfortunately, whether invited or NOT!!

People are always curious about the origin of the Muxworthy name.

Recorded in various spellings including Maxworthie, Maxworthy, Mixworthy, Moxworthy, and Muxworthy, it is an English surname. It is locational and apparently originates from a place of the same or similar spelling to one of the name forms above.

Grandparents, Vera and Rex Muxworthy, used to tell me the story that Muxworthy was, in fact, a name given to a band of highway robbers operating outside London in the 19th Century. I have found no such evidence though. However, as many of my good friends will tell you, I continue our family tradition through my continued flirtations within the advertising industry.

Father William John Muxworthy had a strong presence in the Australian media and advertising industries also.

Nefarious characters (not really), Paul and Alan Muxworthy, have contacted me through social media to “dispute” the claims of my grandparents. Hmmph. They inform me that the family name originates in Exmoor (“That is where the lost city of Muxworthy lies in splendid isolation!” according to Alan). Apparently, a famine hit the region and our forefathers moved mostly to Wales. Muxworthy is a name appearing in a Lorna Doone novel as well. We may be related to Lorna is a possibility. It is unlikely, so they say, that any Muxworthys lived in or about London in the 1800’s.

Highway robbing origins, and proud of them!

WE SHOULD NEVER HAVE TRUSTED THE ALIENS

Authors recommended by (or possibly feared by) Michael John Muxworthy:

Australian author, David Daniel, is a man with no regard for the sensitivities of those approaching more senior years I discovered. His humorous swipes at boaties, the getting on in years, and many others is “not funny”, it’s hilarious! Take a look at David’s website www.daviddaniel.com.au and check out the subjects David seems to uncaringly believe to be okay to make fun of. 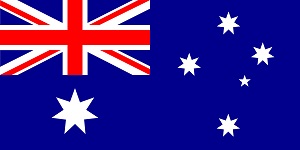 Lateral Thinking TOOLS – Everything is free!