“The factory is downstream of itself”

But, how do we inspire creative thinking in others (often without them realizing that we’re doing it, ha, ha.)

Creativity derived from a provocative operation

“The factory is downstream of itself” … it doesn’t make sense!

However, the statement famously provoked some important and original thinking that is widely practiced today … factories should draw their water downstream from their own outputs.

An awesome innovation of self-regulation that benefits the environment.

Let’s work through a couple of simple examples together …

PUT YOURSELF IN THIS REAL-LIFE SITUATION

We faced a bit of a crisis in our home not too long ago … my partner, Alice (not her real name) lost her job. It was a very specialized job that inevitably succumbed to cheaper overseas competition. She’d been a top executive on a generous salary, and she was certain that she was too old to retrain and ever find such a satisfying position again.

Alice’s depression, negativity, and inability to see herself in any other job only got worse over time … something had to break. No amount of positivity or input from me seemed to be able to break the shackles of her “blinkered thinking” (Lesson ONE).

We live on rural acreage, so I thought I might try to get her thinking about stuff she could do locally.

The provocation: I took her car (a fuel-efficient hybrid) and traded it in on a huge American V8 4WD “ute” (that’s a “pickup truck” for those of you not familiar with the Aussie lingo).

“What the f#@k do you expect me to do with that thing?”

I had no idea, but I asked her to please think about how she might put the vehicle to good use and if she didn’t want “that thing” after three months I’d buy her a new car of her choosing.

The first thing that happened: Alice immediately had a different mindset. I can’t necessarily describe it as positive … more like “confused” LOL. But you have to understand, from my perspective that was a huge improvement.

Alice decided that she may as well put the vehicle to good use for the 3 months and she set about the task of cleaning up the 10 hectares we live on and making some improvements. She’s a naturally industrious sort of personality, so it was only a matter of days before our property was looking fantastic.

The second thing that happened: Alice started to feel good about herself again. She started vegetable gardens, planted fruit trees, built a chicken coup, installed extra water tanks, and (on her own) assembled a new shed for all her new activities.

It didn’t take long before Alice had bought a large trailer and fitted the ute with a tow-ball. She had the largest and most-diverse stand at any local market.

Success! I was so proud of my girl and the way she had turned her life around. And that’s where this story could have ended … but there’s more.

Several doors down from us we had a neighbor that we’d never met. (Several doors down is half a mile in our neighborhood LOL). He owned and ran his own earth-moving business. We happened to be behind him on a road near home one day when his truck and trailer slowly veered off the road and rolled into a drainage ditch.

Heart-attack. We finally got the chance to meet the neighbor.

The fourth thing that happened: Alice used her huge V8 ute to help the neighbor keep his business running by towing trailers with the small to medium sized equipment to the various jobs it was required. She couldn’t do everything that a truck could, but she managed to keep the business alive while the neighbor recovered.

They are now business partners. Alice loves her new job.

WARNING: In more professional (workplace) scenarios, maybe introduce your provocative statements/actions by announcing out loud … “po” … to let your audience know what you are up to LOL.

PUT YOURSELF IN THIS REAL-LIFE SITUATION

A real situation I faced. Imagine that …

You’re at a large gathering of good friends. It has been awesome catching up with everyone. The evening has been an enormous success, but the restaurant you are dining at is closing soon. Everyone is focused on saying goodnight. You don’t want the evening to end, so you stand up and say loud and clear …

“Let’s go skinny-dipping in the river and cool off”

(Ha, ha, yes, I really said that … in the middle of a very cold Melbourne winter LOL.)

The original suggestion of skinny-dipping in the middle of winter was a silly suggestion. It was all about creating thoughts about things we could do.

“Sometimes disruptive creativity is all about taking a situation you aren’t happy with, and changing it”

Provocations can be nonsensical, funny, stupid, impractical, not sensible, not business-minded, not politically correct, or just plain daft.

Some claim it to be an extraction from words like “hypothesis”, “suppose”, or “possible” … whatever.

The point is … it’s powerful, and it works.

Click here for examples of “po” in use in business, home, and life.

Lateral thinking is often about “disrupting” something we’re not happy with … to allow something else to fall into place.

In lesson SIX we rediscover a simple tool of disruption from our childhoods: 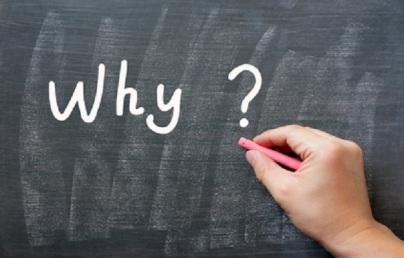 Take a moment to check out my precise lateral thinking definition