A few years ago, I was approached by a world-famous American hero with an incredible tale. I initially assumed the meeting to be a coincidence. It wasn’t. It was to become the most profound, life-altering experience imaginable. The first novel of the Caesar Rising series, Roswell’s Final Witness, replicates (with artistic license) my encounter with this amazing human being, the journey we embarked upon, and the incredible path of discovery we forged together. Evan*** approached me because of my self-professed claims of lateral thinking ability. I was put to the ultimate test. 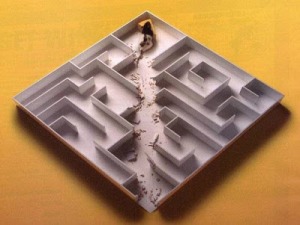 The story Evan told me was about a 17-year-old Air Force Cadet who, because of his family home’s proximity to the infamous Roswell crash site, was contacted by his Commanding Officer and asked to offer his assistance to Military Intelligence who were attempting to secure the site. Due to the 4th of July holiday weekend, the appropriate military personnel for the task were in short supply. Evan was assigned the duty of patrolling the road to the north of the “official” crash site.

Evan, by chance, had attended a marketing seminar I was speaking at in Brisbane, Australia. Semi-retired, he’d invested in some real estate on our beautiful Gold Coast and had decided to stay around for a while. Evan had previously sort out the lateral thinking expertise of a more prominent protagonist, but with little success. His approach to me was completely unexpected, well rehearsed, and he was highly provocative with his criticisms. It was an excellent approach that smashed the shackles of my preconceived ideas/blinkered thinking.

After a lifetime of being a confirmed and confident atheist, you can’t imagine my confusion to discover unprecedented scientific and religious synergy stemming from the inescapable lateral thinking derived conclusions found as we investigate the alien encounter at Roswell. Lateral thinking has the power to open your mind to the truth.

“If science and religion both seek the truth . . . eventually they MUST agree”

Within a few hours of meeting Evan, I was in no doubt that his story about finding a second alien UFO crash site at Roswell was the truth. I was absolutely convinced that aliens not only existed, but also that they had imparted substantial information to a group of eight men who attended the crash location in order to recruit their assistance and silence. This “point of belief in Evan’s story”, was my in effect my random starting point. Several days later, and only after I had revealed very substantial lateral thinking derived insight into the meaning and consequence of the alien telepathic communications, Evan tried to convince me he had made the whole thing up.

Lateral thinking derived solutions whilst logical, are often not obvious at first.

In the first novel of the Caesar Rising series, Roswell’s Final Witness, the discovery process is at full throttle.

Even today, I’m not completely convinced of the truth or otherwise of Evan’s story. That’s not the point. The point is, at the time he told me the story, I completely believed the story; I completely immersed myself in a perceived reality that delivered what can ONLY be the TRUTH. To understand the importance of the lateral thinking process of Random Starting Points, please click here.

Lateral Thinking, when applied to the alien UFO encounter at Roswell as it was told to me, and combined with my 20 years of research into the alien question, reveals inescapable truths about the greatest mysteries of all time. God, religion, evolution, Armageddon, the assassination of President John F. Kennedy, and a whole lot more. Only by completely immersing yourself in the “truth” of Evan’s tale will you see that the pieces all fit. (To understand how lateral thinking derived solutions aren’t always obvious until you reveal them, please take a look here).

Throughout the Roswell’s Final Witness novel, we slowly piece together a picture. It is not a picture you could ever imagine without the benefit of the knowledge imparted to me by Evan. However, despite the picture involving some very substantial re-evaluations of things we have always accepted (blinkered thinking), the picture IS clear and logical. Like the pieces of a jig-saw puzzle, if the pieces all fit perfectly, and they paint a perfectly logical scenario, you can safely assume that you have correctly solved the puzzle.

The lateral thinking process that is the key to unraveling the Roswell alien UFO encounter is Backwards Planning.

Each of the novels in the Caesar Rising series is a lateral thinking journey of discovery and revelation. I have been fortunate to have access to some genuinely incredible witnesses to events that we must understand if we are to survive the trials of evolution that will soon be upon us.

1/ This is fiction. You will believe;

3/ Contest for the Galaxy.

***Evan is a real person, but NOT his real name. The revelations and discoveries revealed in “This is fiction. You will believe” will shock you to your core. Some of these revelations reflect more than just poorly on Evan. At the very least he is guilty of Treason, of misleading the American military and government. At worst he is responsible for the death of the much-loved President John F. Kennedy. Evan truly believes that it was HIS personal actions that led to JFK’s assassination. For these reasons, (and others that will become apparent only after you read the book), I have respected Evan’s wishes to remain anonymous and to also hold back the release of THIS IS FICTION. YOU WILL BELIEVE until his passing. R.I.P. “Evan”.

Lateral Thinking TOOLS – Everything is free!